Amacom, The Amazing Company B.V. will be visible as the main sponsor on the match shirts of FC Den Bosch for the next six months. Amacom has a long, personal history with the football club from the city and has temporarily exchanged its sub-main sponsorship for the vacant main sponsorship. Amacom is doing this in order to give FC Den Bosch the time and space to find a party that is prepared to commit itself as main sponsor for the longer term. FC Den Bosch expects that three to six months will be needed for this. Amacom can already be admired with its company name on the shirts of the Bosch team since the official start of the season and today the temporary main sponsorship is officially confirmed.

Managing Director Dick Engels on behalf of Amacom about the main sponsorship: "Amacom has been a loyal sponsor of FC Den Bosch for many years and have a warm heart for the club. The steps that FC Den Bosch is currently taking give confidence for the future. With the temporary upgrade to main sponsor, we want to make an extra contribution to the club so that it can continue to move upwards. At the same time we hope to activate entrepreneurs from the region to also support the club and to take over our position as main sponsor in the near future. Furthermore, Amacom, just like FC Den Bosch, explicitly invests in talent development and sees this as an important pillar in its business operations. As an organisation we are always looking for Bosch' talent to strengthen our team and we see the network of FC Den Bosch as an excellent basis for this."

General Manager Rob Almering of FC Den Bosch: "It's fantastic that the main sponsorship has been arranged in this way. We started the season on 1 July without a main sponsor and that is a substantial amount within the budget of a soccer club. In addition, it is essential for the image of the club that there is a suitable main sponsor on the shirt. Amacom fits in perfectly with FC Den Bosch because the company is innovative and service-oriented and has a real winner's mentality. Values that are also of great importance to FC Den Bosch. In Amacom, FC Den Bosch has had an involved partner for years. One that helps us out and even wants to function as an intermediary between FC Den Bosch and new and existing business target groups. FC Den Bosch is ambitious and we are confident that the club will return to a position in the subtop of 'the Keuken Kampioen Divisie'. The fact that Amacom offers support in this respect is a confirmation for FC Den Bosch that we can build up a positive feeling of expectation and a sense of pride towards the club with existing partners as a basis. So that the entrance of newcomers is facilitated and the sense of belonging is further strengthened." 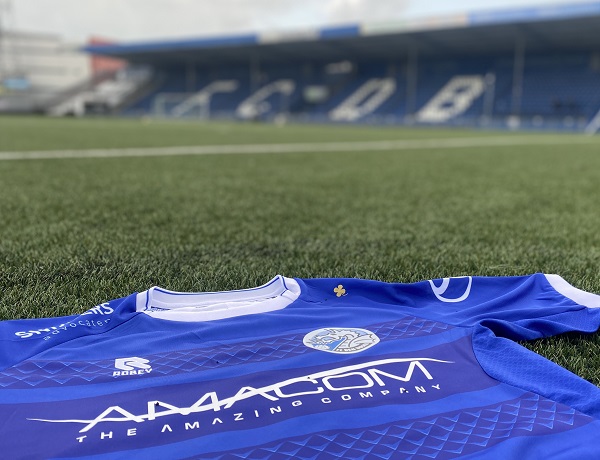